All original images on this blog are the copyright of Wildcornerz 2010 - 2022 © All rights reserved. For enquiries please contact us at: wildcornerz1@yahoo.co.uk

Welcome to the family kid!

My Corner Weedz print is available to buy [along with the tee version].
Each Corner Weed member, represents four different species of 'weeds' that grow in the wild places of South London.
Meet, Poppy Head, Levi the dandy Lion, Ragz [Ragwort] and 'Mad' Bud [Buddleia.]
....
More Road than the green cross code! 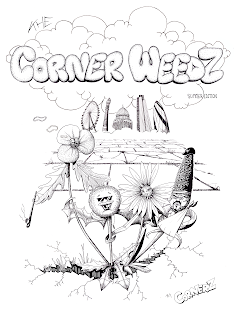 Posted by Wildcornerz at 03:59 No comments:

Newshopper Article from 2014 about some of the stag sightings in the borough. 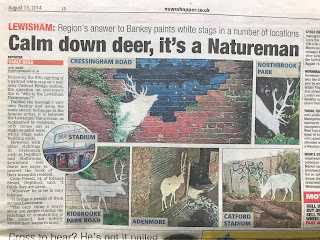 Interesting the article suggests they have been made using stencils. The few that I have seen close up, look like they were painted with a brush.
Posted by Wildcornerz at 03:38 No comments:

Article from 2001
One location mentioned is Aragon tower, formally the tallest residential block in Europe. Also formally owned by Lewisham council until it was sold off to Berkeley Homes in 2006 and turned into luxury apartments. It was at an early phase of the 'gentrification' of Deptford. This is documented in the BBC series 'The Tower: A Tale of Two Cities'
Mentions Nigerian pirate; N Power and Uk Garage pirate; Silkroom FM. 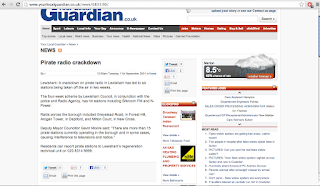 Posted by Wildcornerz at 17:41 No comments:

These photos were taken some years ago now [maybe 5 or 6] featuring Lewisham's own wandering spirit of wild places. Under Catford Bridge it is seen walking alongside the Ravensbourne, as the river passes underground. Thank you to P.M for the tip off. 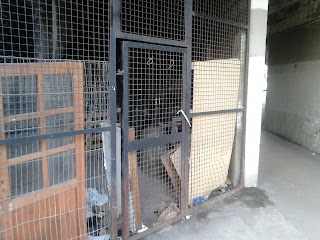 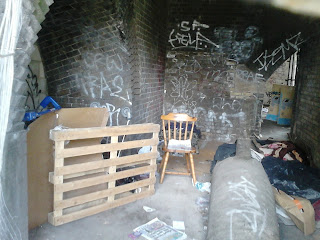 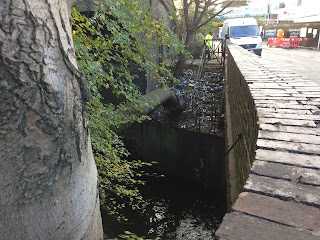 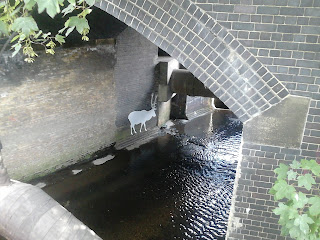 .. and again some years later, disappearing and reappearing. 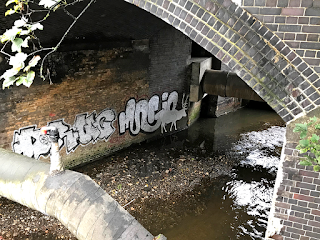 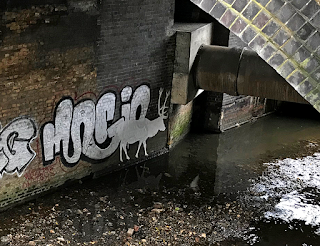 Posted by Wildcornerz at 06:59 No comments:

Rare spotting of Lewisham's illusive wild walker far from home.
Seen from the DLR, I did a triple take and then jumped off at the next stop to investigate. 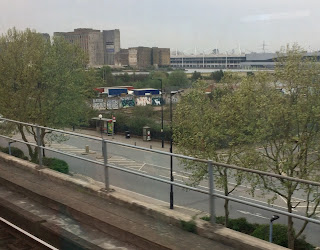 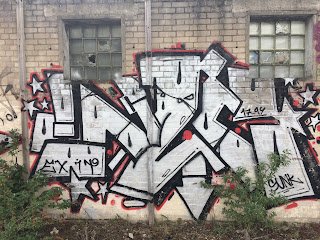 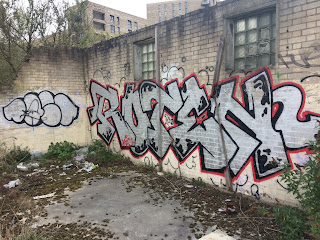 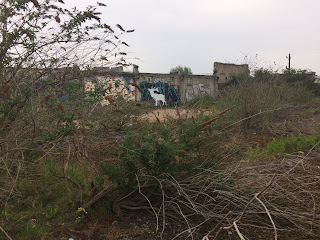 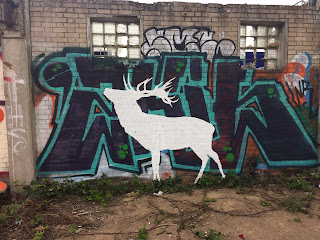 Posted by Wildcornerz at 16:12 No comments:

A Portrait of Mr Pink [The Pink House, Lewisham]

Some of you may have seen this already but had to document it here for the archive. If you haven't, this is the beautiful short 'A Portrait of Mr Pink' by Helena Appio. Like the house itself, The film had a mythical status to me, as I had been trying to see it for years. For Lewisham residents The Pink house has been a local landmark for decades and a source of wonder and childhood myths.
The film is beautifully shot and uses the Mr Pink's own crackly recordings for a perfect natural soundtrack.
Mr Brenton Samuel Pink sadly passed away last year. Its so good that the film was made and gives us a glimpse into Mr Pink's world. For me, it has only added to the legend of the Pink House and its eccentric creative inhabitent.
The house is still there at present, standing in darkness at the top of Lonepit Vale.

New Tee from Wildcornerz out now!

I  have a fresh new t-shirt out over on my merch label 'Cornerz'
available now. 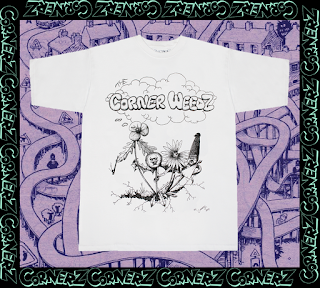 We proudly present 'The Corner Weedz'.
The style of the design is inspired by uk comic books from the 1980's and 90's such as Acne, Braindead and Viz.

Each Corner Weed member is from a different species of 'weed' that grows in the wild places of London.
Meet Poppy 'Head', Levi the dandy Lion, Ragz [Ragwort] and Bud [Buddleia.]
More Road than the green cross code!

Posted by Wildcornerz at 14:51 No comments: